Why it’s time to upgrade your traditional photo booth

Have you tried to squeeze into a traditional photo booth lately? You know, those boxy old things with the curtains.

Chances are low, because they’re being replaced rapidly with the latest and greatest in photo booth technology, including open-air photo booths, selfie stations, selfie walls, and even selfie mirrors.

Here are five reasons why you might consider upgrading from a traditional photo booth to a more modern styles of photo booth.

Traditional photo booths are large and heavy. That makes them difficult to transport and adds cost for event rentals. Once you put one down, it’s not going anywhere if you change your mind. To make matters worse, it’s hard to find one that isn’t just plain ugly.

Newer photo booths are compact, portable, and can even be mounted to the wall or handheld for a roaming photo booth. Usually they can be set up and torn down much faster, too. On top of that? More people can take a photo in one because they have an open area.

Let’s be honest, traditional photo booths are boxy and unattractive, often constructed with aluminum frames and wood paneling. Although they can have a vintage appeal, most people will dismiss them as a novelty instead of a “must-try.”

Modern photo booths come in all shapes and sizes. Now-a-days, they can have sleek curves and design features almost like a consumer product. Glowing LED lights can attract participants and make them more successful.

3. They have too many moving parts

Ancient PC photo booth software is what powers traditional photo booths at events. The owner has to connect a PC, camera, flash, printer, and screen. There are a lot of things that can go wrong at any given time because there are so many points of failure. When there is a problem, there are a lot of components to troubleshoot. We’ve literally written the guide on the best cameras for photo booths, so we know all about it.

Plus, you need to frequently check the printer media levels.

Modern photo booths can run on an iPad or tablet. That means fewer potential technical pitfalls.

4. Many old models are coin-operated

For a business, charging customers to take a photo may seem like a great idea at first, but it may come back to bite you when they get the impression you’re just being cheap or trying to make a buck. Typically these booths have cheesy printed images on the side, compounding the brand image situation.

5. Social media is an afterthought

If you want to connect your traditional photo booth to the internet, you’ll need to add a social sharing kiosk. That means an even larger footprint for the booth with kiosk stands. Plus, it becomes a multi-step process for your guests to get their photos and the system grinds to a crawl.

Mark Hennings, the Co-founder of Simple Booth, created one of the first social sharing kiosk apps called LiveBooth to help the industry move forward. Along the way, he discovered something even better.

It’s called Simple Booth HALO® and it runs on iPad.

The HALO ring light draws people in and makes them look great in pictures, moving GIFs, and even short-form video.

Combing hardware and software into a seamless, user-friendly solution, HALO makes it easy to setup a photo booth anywhere and for guests to enjoy it, get their photo instantly to their phone and share online.

For this reason, big brands like Sephora, Red Bull and Live Nation see the benefits of digital photo booths.

Ready to upgrade from the traditional photo booth and show your patrons or guests a modern photo capture experience they’ll love? 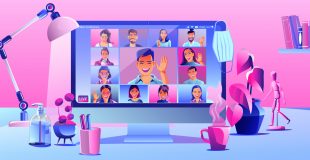 6 keys to planning a photo booth at your event 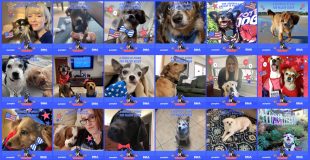