Are Photo Booth Rentals a Thing of the Past?

Chances are, if you’re reading this you’ve probably used a photo booth before. You might have used one at your best friend’s wedding, or at a business conference. You may have seen one in a nightclub downtown, or at the last music festival you rocked out. Today it’s easy to find them everywhere, but were they always this common? 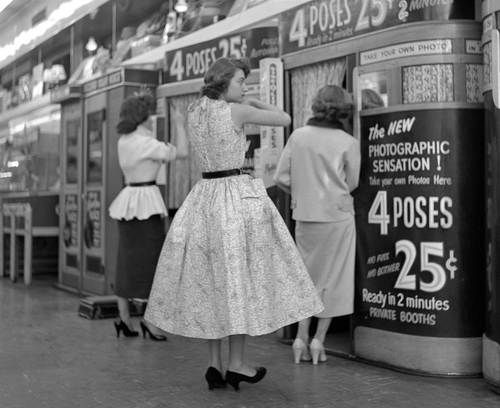 As far as technology goes, we’ve come a long way since 1925 when the first modern photo booth machine appeared. For 25 cents you could take and print 8 photos! It was an invention that truly captivated people, even if the process did take about 10 minutes to complete at the time. It’s true we’ve come a long way, but have we really been doing our best in the 21st Century to innovate on that original idea? Sure, photo booths today can take better quality photos and print faster, but is the industry as a whole really coming up with anything new? 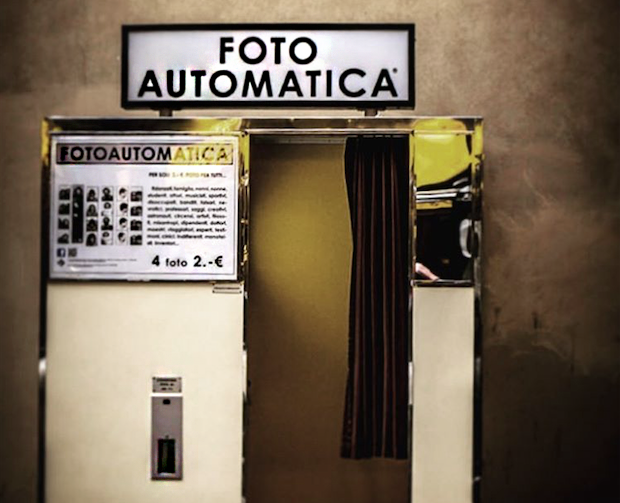 Photo booths may be everywhere these days, but an argument could probably be made that over 99% of the ones you see today are the same. You walk towards it, a giant rectangular box that towers over you, somewhere between 6 and 7 feet tall. You reach out to part the worn curtain that hides the photo-taking space within. Four of your friends pile into the booth with you, all eager to position themselves in the best, or silliest way. It’s hot in there, with that many bodies standing so close, all craning their necks and bobbing their heads towards a tiny camera in the wall. When finished, you all squeeze out of the booth and wait patiently for your strips to print.

Every photo has at least one person that is being partially cut off in the frame, but that’s ok since it’s what you expect. Some were fidgeting too much and appear blurred by movement, but all in all it was fun! You carefully tuck it away in your jacket pocket, though subconsciously you probably know it will get stuffed in a drawer somewhere once you get home. After all, you’re most likely the only person who will see it again.

There has to be a better way…

At Simple Booth, we realized that the photo booth experience could be much, much better. What if you could have all the fun, excitement, and silliness of that experience, but take out the bad? Take away the hot, over-crowded feeling of being stuffed in a box. Take away the dusty curtains you have to pull back, and outdated screens of questionable sanitation. Take away the chance you may be stuck with a blurry or poorly cropped photo because you couldn’t retake it in the moment.

Enter Simple booth; a simple way to experience photo booths with all of the good, but none of the bad.

Photo booths in the modern age 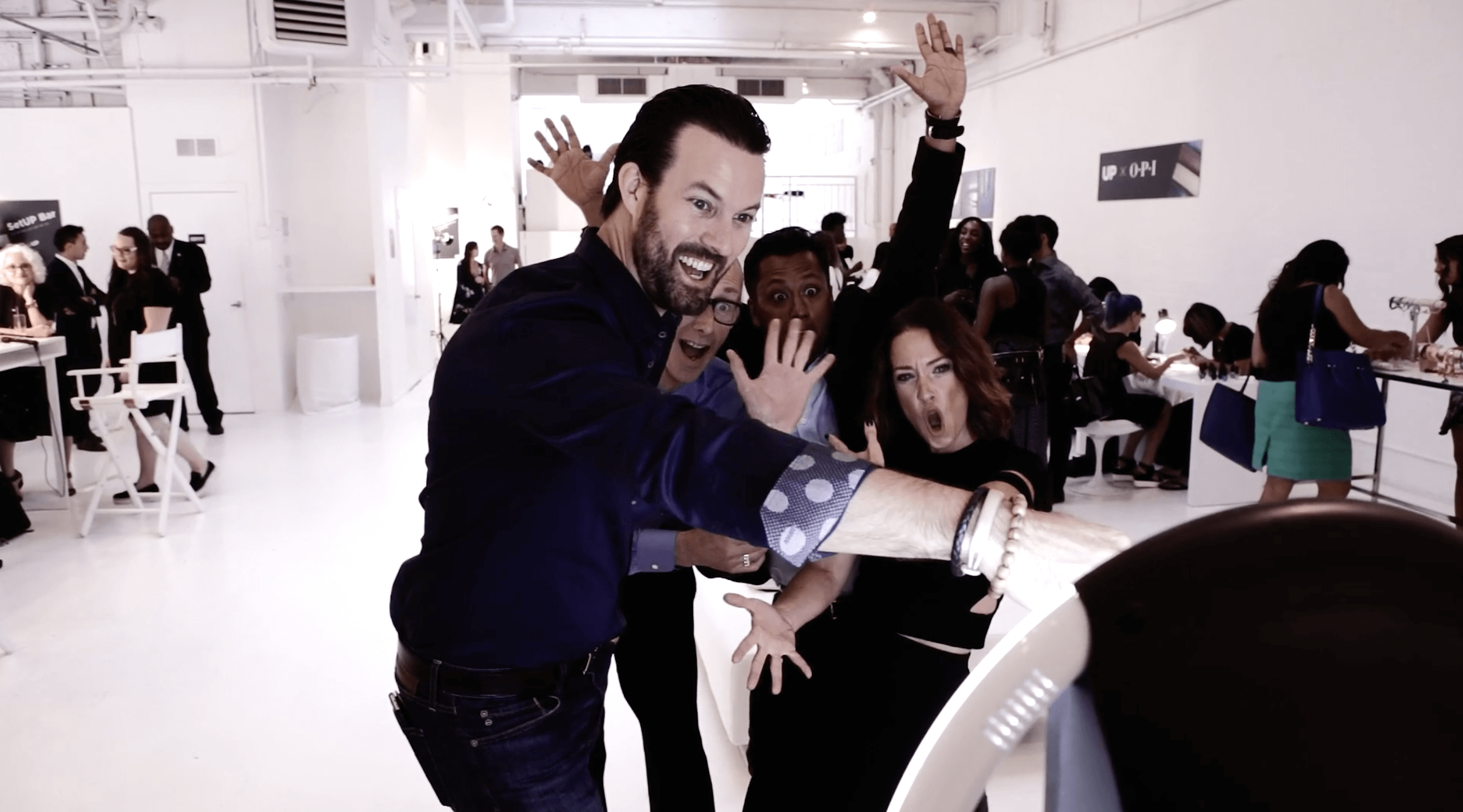 When you start to think outside the box (literally), it’s amazing what fun can be had in an open-air photo booth. Traditional backdrops can of course be used, but what about facing your photo booth towards a downtown skyline, a setting sun, or a bustling dance floor? We’ve found that photos become infinitely more interesting when the background has movement or depth. When you’re not constrained to a set space, the sky is the limit for how you can arrange your booth. In your photos you can jump higher, strike even more dramatic poses, and fit more friends in the frame. All while interacting with a booth that has nearly infinite customization options. 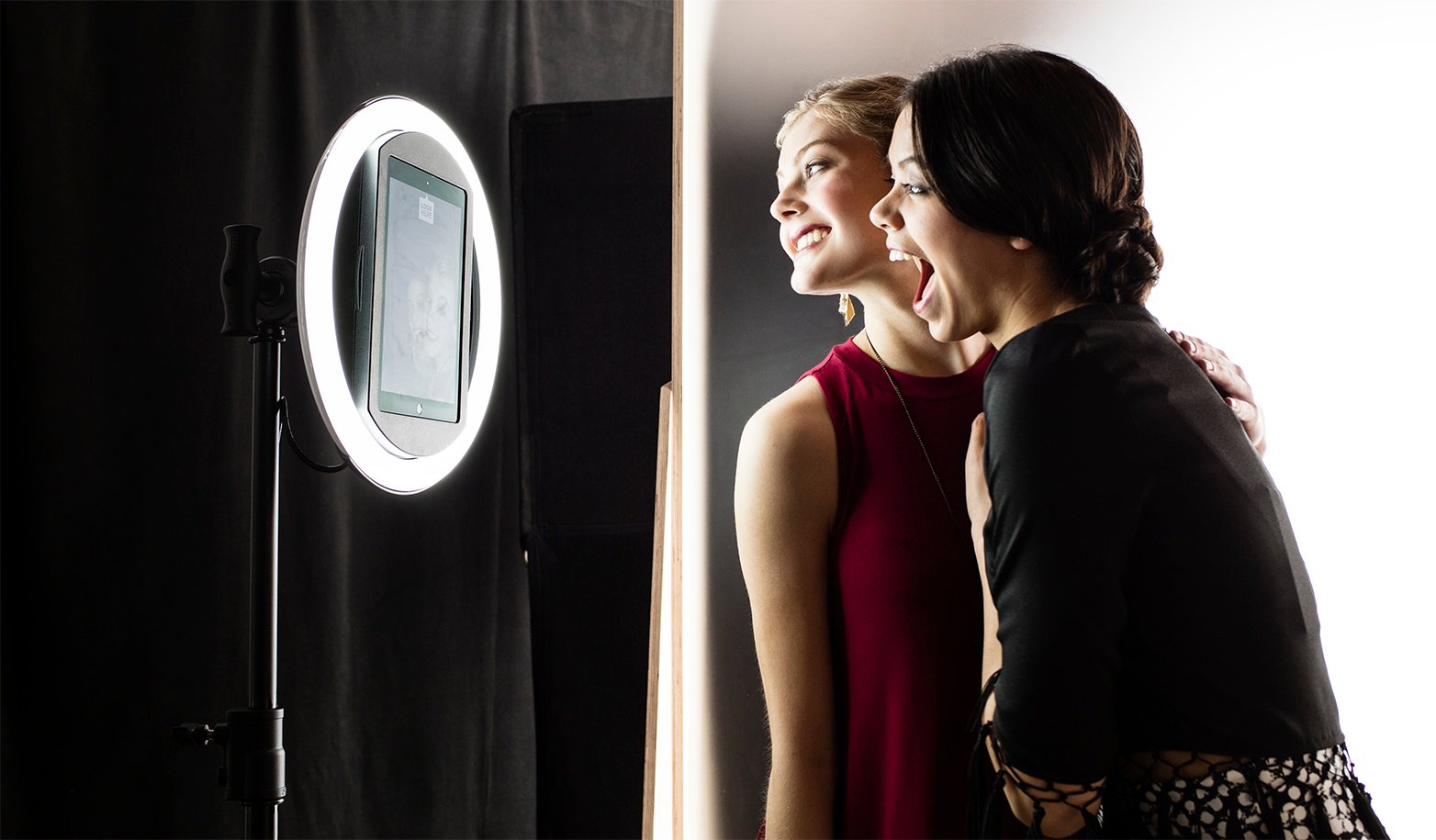 Complete creative freedom isn’t the only way we’ve tried to change the game in photo booths though. We believed that making them more accessible was crucial to innovating in the field. A photo booth of the past could easily take up a large portion of your budget for the event. Large trucks will need to drop off the machine, and an attendant is usually necessary to stand by all night. We knew that there had to be a simpler way of doing things. That’s why we built a series of photo booth apps for live events. The only prerequisite is having access to an iPad.

Not only that, but set up takes less than a minute and no attendant is needed. Whether you opt for the DIY method of needing only an iPad and tripod stand, or purchase Halo for a more professional solution, we’ve tried our best to make sure photo booths are accessible to everyone. We’ve created a solution that works great for small family reunions, and corporate events that are attended by thousands. True to our name, we’re all about making things simple. The lack of simplicity in renting a photo booth today was exactly the problem we tried to solve in the modern photo booth experience.

Results speak for themselves, which is why we encourage you to try a free trial of our software to see what we’re all about. To answer my original question though, are photo booth rentals really a thing of the past? No, they’re not. They’re way too much fun!

They are certainly different today though, or at least, we at Simple Booth believe that they should be different. We work hard at producing photo booth apps for the iPad that are simple, modern, accessible, and most importantly, fun. We hope that for your next event you’ll consider giving us a chance to prove just that to you.

To learn more about how individuals and businesses use HALO, click the button below: 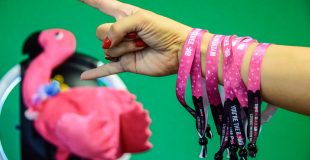 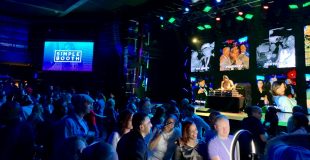 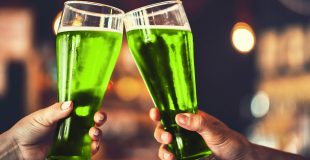 12 Things You Can Make Green for St. Patrick’s Day